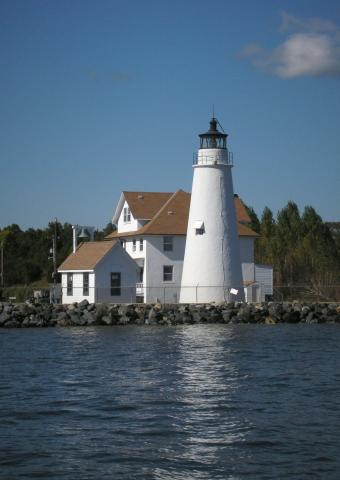 Historic Integrity: Moderate.  The 1899 classic lens is intact; the tower was raised about 13-feet circa 1912.  The roof of the keeper’s house was raised in 1883 to add another story, and then enlarged into a duplex by at least 1928.  The 1901 fog signal building is relatively unaltered.  The setting is little changed except for an offshore Columbia Liquid Natural Gas terminal.